The results, presented at the virtual ASH Annual Meeting and Exposition, showed that nearly all patients with CD58 alterations had disease progression after receiving CD19-directed CAR T-cell therapy. Researchers have used this knowledge to develop an investigational CAR that they hope will point the way toward use of gene editing to personalize CAR T-cell therapy and maximize durability of response to the treatment.

“CD19 CAR T cells have revolutionized treatment of large B-cell lymphoma, resulting in a durable complete response rate in 40% to 50% of patients,” Robbie G. Majzner, MD, assistant professor of pediatrics at Stanford University School of Medicine, said during a presentation. “This has nicely held up in real-world experience at centers using commercial [CAR T cells],” which he said have demonstrated similar complete response rates.

Majzner said his group wanted to focus on patients who are unable to achieve durable complete responses to CAR T-cell therapy because of the poor outcomes they typically face.

Majzner_Robbie_80x106
Robbie G. Majzner
“We know that CAR T cells are able to induce long-term remissions in some patients, so we felt that if we could increase the initial response rate and find the mechanisms of resistance and engineer around them, then we could cure more patients,” he added.

Results showed 12 patients (24%) in the study group had a CD58 aberration. Median PFS was significantly shorter among these patients (3 months vs. not yet reached; P < .0001).

Majzner noted that despite a near-lack of complete response to therapy, partial responses were more common among patients with CD58 aberrations compared with those with intact CD58 (58% vs. 10%; P <. 001).

The investigators then developed a preclinical model of leukemia in which they knocked out CD58 in mice using CRISPR-CAS gene editing. They found that mice with CD58 knocked out had only partial responses to therapy, and all of them had disease progression and death.

“CAR T cells lose their ability to kill a tumor cell when CD58 is knocked out,” Majzner said. This was true for mouse models treated with any of the three CAR T-cell therapies they tested, which included axicabtagene ciloleucel.

“Patients with a CD58 alteration rarely have long-term durable responses to treatment with axicabtagene ciloleucel,” he added. 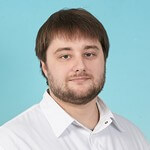 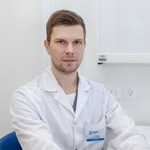